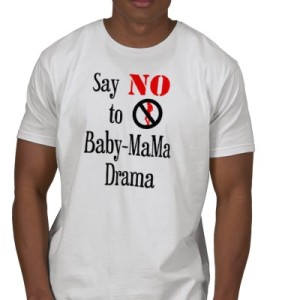 We thought we’d try something new for this BOTC post. Of our three readers, one of you may like it and two of you may not. The following is an actual email exchange between Him and Her throughout the past week. There was no agenda or organization to this email exchange. This is simply a window into our narcissistic, barmy life.

She Says: What is it with everyone wanting to have babies right now? And everyone asking us when we’re having kids? … I think they think because we haven’t, we can’t.

He Says: What’s up Seinfeld? Nice intro. I think it was a whole lot worse when we first got married. We were getting a lot of questions at that time about when the babies were going to start coming. It was almost as if the second we became married we had a responsibility to the world to begin reproducing. I realize that a power couple of our stature would probably make some sort of super baby, but we’ll hold off on that for now. Here’s an interesting thought, though–what other things in life have similar reactions from people?  Let me explain. We got married and then people immediately began asking when we were going to have kids, as if one naturally followed the other. What other things elicit a response like this? Here’s the criteria:

1- The two situations, while having a thread of connection between them, are really non-sequitur. For example, many married people do have kids, which is the thread of connection, but that’s an inappropriate logical leap. There are plenty of married people that don’t have kids and plenty of single couples that do. So the one doesn’t really follow the other. On the other hand, asking a parent if they will home school or send their kids to public or private school is a much more natural question to ask because kids must learn, so it wouldn’t fit the criteria of being non-sequitur.

2- There is an overwhelming amount of similar responses or questions. It’s not just one or two people that respond in this way, but a startling number of people to the point that you almost question yourself for thinking any other way.

3- The questions or responses are seemingly inconsequential. In other words, we’re not looking into deep societal or political issues. No one is going to be emblazoned with passion or anger because of the question. The questions are harmless in nature, but after it happening so many times in a row, become noticeable and annoying.

That’s it. Those are the criteria. Here’s what I can come up with off the top of my head.

~ Asking a married couple when they are going to have kids right after they are married. 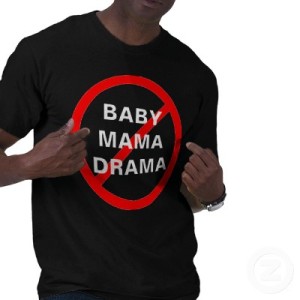 I’m sure there are plenty for the second two thirds of life as well, but my experience in that area has been limited thus far. You have any suggestions for this list?

She Says: Er … you went all lawyer on me with all this talk of sequential questioning and deductive reasoning. To be perfectly honest, people will ask these questions for one of two reasons, or perhaps for both reasons: 1. They have nothing else to say in a chitty-chatty conversation so they drum up a typical “so … about the weather” inquiry, or 2. because they are selfish.

I say this keeping in mind that many a time I have inquired with someone about a next step simply because I have nothing else to say or am selfishly trying to figure out their personal business. Case in point, a lunch date with a new girlfriend. She’s newly divorced and previous topics have been beaten to death, so I quickly inquire “So what will dating look like for you now?” And .. cue the tears (hers, not mine … although I could have cried from awkwardness at this point in time).
In reality, I wasn’t trying to be rude. I was saving myself the pain of a silent lunch because I hate quiet, lame conversation and I wanted to know how quickly she intended to hop in the sack with the next guy. 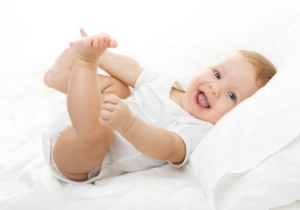 It’s the same that could be said for someone who asks us about when I plan to squeeze a ten pound human out of my lady parts. They more than likely have nothing else to say to us, or it’s my mother –or the like–who really, really, really, really, really wants her first grandchild. People that know us well, know that there will be a day at some point in time where we’ll either say “we’re having a kid” or “we’re flying solo on this one so we can rock out and travel and drink all the time.”

All I have to say is that people in general should be careful of the kids question, if not for the sole reason that some people cannot have children–while desparately wanting a biological baby–and can be very scarred by the circumstance. One of the worst feelings occurs when you ask a couple about procreation and they stare blankly while saying “we actually just found out we’ll never be able to have kids.” Ouch.

He Says: Before I respond, I hope by “flying solo on this one” you mean in the Biblical sense or the Spice Girls‘ sense. Because if not, this would be a very strange forum to broach the conversation.

Back to the discussion, however. I think you missed what I was trying to get at. My point was that friends, family and society think it is a natural step to go from marriage to kids, but that’s not really the case. The one doesn’t necessarily follow the other. So despite the fact that someone is bored or filling awkward silences doesn’t change the fact that they are making a logical leap from one occurrence to the other with only a tentative thread between them. But now I’m boring even myself. 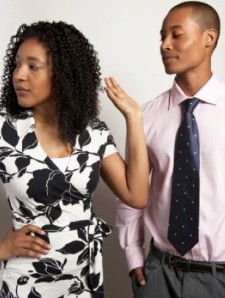 You brought up the situation of awkward questions or comments, which made me think of this situation that happened to me the other day. You obviously know I love the show “How I Met Your Mother.” Well the other day there was a line that I found humorous and wanted to text to another friend who also enjoys the show. What line was it you ask? I’ll tell you. “I will plow her like a corn field.” Now, you know I would never get into such crass and raunchy humor as that, but I also enjoy puns, so I couldn’t resist laughing. Anyway, here’s the awkward thing. When I went to text the line to my buddy, I accidentally texted it to another friend I play basketball with. Unfortunately for me, this friend is married with kids and has an open marriage with his wife. He is convinced that monogamous relationships just don’t work. Again unfortunately for me, he now thinks I accidentally sent that text to him, but that I was out cheating on you that night. Awkward. Can’t wait to see him again and try to explain why I sent that text. No, I wasn’t cheating on my wife, I swear. I’m just a big dork and I was texting a line from a sitcom.

That brings up an interesting topic, though–open marriages. (And no, I’m not interested in one in the least. Don’t get so excited). I think most people would say they don’t work. I wouldn’t come down with such a definitive assessment, but I do tend to think there probably needs to be more of a business relationship at that point. By that I mean that there probably has to be a reason such as kids or money keeping the couple together. Either they’re staying together for the kids or they’re staying together for financial reasons. The divorce is just too expensive and splitting up would hurt their current income. (Think any high-powered politician. Zing!) I will say this, however, one thing that is commendable for couples in this situation is that at least they’re being honest with each other and recognize the situation for what it is, rather than cheating on the other or not addressing the situation at all. There’s something to be said for that, right? (I think the Love Doctor’s Love Bytes blog to the right just self-combusted).

She Says: Well first and foremost, the couple you’re addressing doesn’t have an open marriage. He cheats on her. She probably has a sneaking suspicion, but she stays with it for whatever reason–she has low self esteem, she wants her baby daddy to be around, or she just plain doesn’t care.

Secondly, this part of the conversation brings us full circle on the topic of having children. I would never have one to save our marriage or to keep a husband around. A baby can be a distraction and more often than not, you see couples divorce after 30 years (or realize they’re complete strangers) because their kids are out of the house and they’ve spent so much time parenting, that they’ve forgotten to pay attention to one another. Point being, people will have kids for all sorts of reasons – unfortunately. For myself, however, I want to have kids when I know I’ve checked off the list of things I’d like to do that having a child can sometimes make difficult, if not impossible. I’m ready to travel, to get smarter, to learn more about home making, to rediscover the things I like doing but ignored because I was work obsessed, to take care of myself, and to better understand my husband so if and when we do have a child, we’re on solid ground as a couple.

So for all the people determined to convince the childless how great having a kid is, we know. We know they’re cute, and cuddly, and could be money makers or someone to be proud of, and then some. But let’s face it … I’m pretty cute, and pretty cuddly, and could be someone to be proud of too. So for now, I’m sticking with myself, and that husband of mine.