Be The Change You Want To See In The World 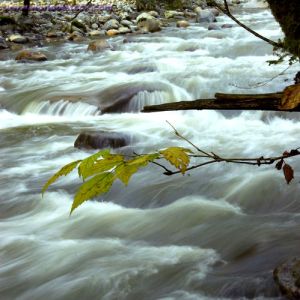 Recently, someone we know posed the following question to us: What is one thing you think you needed to change when you first got married. After pretending to discuss it for a bit while we were in fact just drinking lots of wine, we decided why not write about it. (And just so you don’t think we pretend to have come up with the title or that we think Oprah said it first, “Be the change you want to see in the world.” are the words of Mahatma Gandhi.)

Being married has taught me a lot about myself.

For instance, the fact that my husband intentionally tries not to laugh at witty comments I make just to prove a point tells me I’m funnier than I ever thought.

I’ve also recently learned that I love to be read to. Perhaps it’s the nostalgia bubbling up from long forgotten childhood evenings when my mother or sister read to me before bedtime. But the fact that my husband offered to one night this month was a fun revelation of a new favorite past time.

And though I always knew I liked to sleep, I never knew I needed so much of it to prevent being a raging zombie lunatic day in and day out. I’m pretty sure I never would have discovered this unless sharing a bed with another person every night, who gently reminds me of this disposition, came along with marriage territory.

I could possibly go on for pages about all of these things that a close, honest relationship constantly reveals, but to spare your boredom, I’ll cut to the chase. 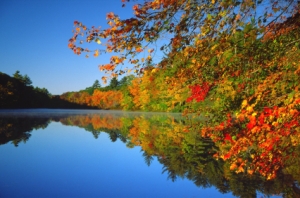 When I first thought about this post –what one thing did you bring to the marriage that you needed to change—I instantly thought anger. I was a pretty angry person when I entered into this relationship; scorned by past loves, tense from what life was handing me, and just generally feeling sorry for myself. But the more I thought, the more I realized I was dead wrong. And no one wants to read about a rehabilitated grouch anyway. Snooze fest.

I could have also said being stubborn, being selfish, being snotty, being pessimistic, being stressed, and yes…even…being jealous. But those were things that also complimented the good things in me that, in healthy proportions, would never be damaging to my relationship.

What I needed to change about myself to better my marriage was my relationship with God.

As I say this, I think about the time I met my husband and how removed I was from most any form of spirituality. In fact, I was teetering on the idea of completely removing myself from organized faith and renouncing a relationship with any higher power.

Looking back, I now see why I might have been so angry when I entered into the relationship to begin with. Or why I could have easily said I was also stubborn, selfish, snotty, pessimistic, stressed, and yes…even jealous. There was no time for the self improvement that comes along with self reflection while praying and meditating. I was just going through my life without much of a purpose—which for so long had been a faith coupled with God creating that path to a purpose. I had just given up on it.

So in sum, strengthening my faith has strengthened my relationship with my husband. I know without it, we would struggle greatly. With it, we are able to love immensely.

And it doesn’t hurt to know that in times of need (e.g. lack of sleep from a certain someone’s snoring the night before) a quick prayer for patience and grace can go a long way.

Everyone enters a relationship with baggage and different aspects of their personality that they need to change. Sometimes they are small idiosyncrasies and other times they are faults detrimental to the health of the relationship. The goal of any lasting association, at least in part, should be change. Now let me clarify. The goal should not be the desire to want to change your partner, but rather that you allow yourself to be changed by him or her. This is a key distinction. Too often we see culpability in our significant others when in fact we should be focused on our own dereliction. So, when I say one goal of any relationship should be change, whether that relationship is marriage or otherwise, what I mean to say is that you should always allow these kinships to positively affect you so that you may diverge from past ways. The key to that ambition is allow-ing yourself to be changed. You’re not forcing change, but rather empowering another to profoundly affect you by their love, or their humility, or their peace. Of course, this is not an easy task, especially not in marriage…

There has been a small craze in popular culture over the last number of years: ubuntu. There have been a number of factors that have incited this small fad, including frequent use by famous actors and adoption into computer lingo by Linux. One of the catalysts into pop culture was the 2008 Boston Celtics. Throughout that championship season, the Celtics players and coaches focused on the term ubuntu. They continually repeated the word to themselves and to the media. On their run to a championship, it became a symbol for how they would continually stick up for each other and always put the team in front of the individual. The term became synonymous with togetherness and teamwork. While the ideals they appeared to possess were impressive, this is only a semi-accurate interpretation of ubuntu. Part of the beauty of the term became vitiated through popular use by the Celtics and others.

Ubuntu has its origins as a saying, or better yet as a philosophy, amongst Zulu warriors. An oft-accepted translation of the term: “I am what I am because of who we all are.” Paraphrasing the Noble Peace Prize recipient Archbishop Desmond Tutu, we can’t be human in a vacuum. We are not simple individuals with choices that merely affect ourselves. Rather, everything we do affects the world around us, and everything the world around us does affects us. If you take a moment to think about it, this is an extremely powerful concept. It has unwittingly been applied in many fields of thought with tremendous results. In psychology, how I am nurtured and the world around me affects who I become as a person. In physics, every action has an equal and opposite reaction. In sports or business, the sum is greater than the whole of its parts. And in relationships, I am what I am because of who the two of us are together. Focus on that last concept for a moment. In my marriage, I am what I am because of who my wife and I are. This is a difficult and powerful concept to comprehend. It can be a troublesome truth to accept, particularly for someone like me. More than all the other baggage and flaws with which I entered into a union to the other rambling epistler on this couch, acceptance and understanding of this concept was (and is) the biggest change I needed.

My lovely wife and I are fairly independent, and that is likely an understatement. For an independent person like myself, accepting this necessary change has, simply put, been difficult. When it comes to the world around me as a whole, I find it easy to welcome the fact that I am constantly affected and influenced by it. It is, frankly, not a struggle to appreciate that my family, friends, acquaintances, and even gas station attendants impact who I am and who I am becoming. However, when this concept is applied to a person with whom I am so intimately intertwined, the ease of acceptance and comprehension quickly dissipates. I am who I am because of who we are. At the beginning of the phrase there is individuality, but by the end of the expression all that remains is unity. There is a recognition, a compliance even, that it is no longer me, but us that carry on each day. A concept that I am sure you can understand is difficult for two devout individualists like my wife and I.

When making preparations for our wedding day a number of years ago, one wise man cautioned, “You both must learn how to allow the other to flourish as an individual, while simultaneously discovering the humility to be one as a married couple. Without it, your marriage will not be a success.” The wisdom in these words remains as true today as it did four years ago and, I am sure, will continue to remain powerful in the years to come. Accepting the wisdom of these words can offer a humbling appreciation for the world around. This wise man was offering my beautiful wife and I the wisdom of ubuntu before I even knew it. Without my wife, without who we are together, I would no longer be who I am as an individual. For me, accepting ubuntu in my marriage has been more of a journey than an acceptance really. Understanding that I am because of my wife has been a difficult and fulfilling odyssey, one which I guess I knew we had entered into all along. On our wedding day a number of years ago, the words of Sonnet LXIX by my wife’s favorite poet, Pablo Neruda, concluded our programs:

since then I am because you are,

and through love I will be, you will be, we’ll be.