Posted on September 14, 2010 by burisonthecouch | 3 comments 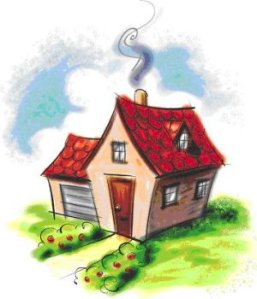 As we have mentioned before on this blog, the two of us met on the west coast in Portland, OR. However, she is originally from Seattle and he is originally from the Twin Cities, and both of us love the cities from where we hail. We have families and memories there. We’ll always have a home there. Rather than blogging about the how much we love our hometowns, though, or the best things about them, we have decided to write about the top 5 “random” things we miss about our home cities. What we mean by this is that we are writing about the things we miss terribly about the places we grew up, but things that you wouldn’t actually give a friend as a reason why they have to visit the city. These are typically things we would never have realized how much we loved them until we actually lived in other place that didn’t have them. If you don’t understand the criteria, read on we guess. END_OF_DOCUMENT_TOKEN_TO_BE_REPLACED

Since the first entry to this blog doesn’t contain an explanation of why this blog exists, let me offer you brief insight. The lucrative career paths on which my wife and I have started with our expensive educational training in business, engineering and law simply cannot match the financial support Buri’s On the Couch will clearly offer us in the future. The inane and banal rantings of two married twenty-somethings is a unique blog experience on the internets that you, the reader, will not be able to find anywhere else. By a 2008 Technorati count, there are over 112 million blogs currently in existence (not counting the over 72 million Chinese blogs). Not a single one of them is like Buri’s On the Couch.

Fine. Narcissism sits between us on the couch. Whatever. Onto the first entry…

Let me begin by saying I love Seattle. Outside of the expressway narrowing down to two lanes through the heart of the city and a less than stellar public transportation system, Seattle is an amazing city. Sitting smack dab in between the Puget Sound and Lake Washington with Mount Rainier looming to the South, the skyline is rivaled by very few U.S. cities. It is picturesque. This amazing beauty naturally brings with it a seemingly endless list of outdoor activities. There is a common misconception that there is a never-ending rain that prevents anyone from actually enjoying this natural beauty, but that simply isn’t so. While the Pacific Northwest does receive a lot of precipitation, in my experience much of this is during the winter months. Growing up in the Heartland, it snowed constantly all winter and the mercurial red gauge rested below freezing for months on end, which prevents all but the bravest of outdoorsman from enjoying the fresh air. So pick your poison I guess.

The music scene is top class. From artists of yore, like Jimi Hendrix, Nirvana and the timeless Sir Mix-A-Lot, to current rockers that got their start in the Seattle-area, like Pearl Jam, Death Cab for Cutie and Modest Mouse (although I ordinarily like to colloquially chalk up Modest Mouse for the Portland music scene). And yes, I realize this list is nowhere near exhaustive. There is the Seattle Symphony and Philharmonic Orchestras. The Seattle Art Museum attracts highly touted exhibits, while in its wake are left high quality smaller art shows available throughout the city. There are boat tours, sporting events, and gastronomy experiences galore. I’m not telling you anything you can’t find in a guidebook, however. And I am certainly not writing to detail something you can easily Google and find much more extensive, accurate info. Seattle is a great city.

What I don’t get about Seattle is an odd paradox of elitism and a want to be accepted. An understanding by its natives of why the area is referred to as God’s Country, while at the same time struggling with the ever-present East Coast Bias. I have yet to fully grasp the complexity of the mindset of Seattle, even though I experience it daily on a small scale. My beautiful wife is from the great city of Seattle. In her eyes, there is nothing that can hold a candle to what is offered by the artist formerly known as the Queen City. Whether it be landscape or metropolitan charm, culture or class, my wife’s goggles are tinted emerald green. And don’t get me wrong, part of me understands this. My heart forever and for always will lie in the Twin Cities. As a family friend so eloquently exclaimed when she gave my wife a pair of Minnesota Vikings lingerie at her wedding shower a few years back, “You can take the boy out of Minnesota, but you can’t take Minnesota out of the boy!” So I get the undying love for one’s home. What I struggle to comprehend is how I am constantly encountered by individuals from the Seattle area that extol the wonders this great American city has to offer, but do so in away that lessens what other cities offer. Now obviously this is a gross generalization of how Seattleites think—I have met few people I have disliked from the Pacific Northwest. However, it does paint a picture of a peculiar mindset I have experienced over the years from these fine folk.

Let me offer two small stories that may help to illuminate what I mean:

A few years back my wife treated me for my birthday to a Vikings-Seahawks football game in Seattle. A wonderful gift. From 20 rows up in the North endzone I enjoyed a 31-13 purple victory, which included touchdowns recorded on a half-back pass and 95-yard Chester Taylor romp over the defending NFC Champs. Prior to this shellacking beginning, I tailgated with a number of diehard Seahawk fans whom I am lucky to call friends. I naturally was heckled to no end due to the donning of my Viking garb. This was expected and, gladly, accepted. After a few verbal niceties with a Seahawk fan I didn’t have the pleasure of knowing before this splendid introduction, he berated me by exclaiming, “At least we have been to the Super Bowl!” You see, this game was the year after the Seattle Football Seahawks participated in the NFL’s climactic championship. I didn’t know how to respond to such an insult. The Vikings are in the top ten of most Super Bowl appearances ever. My tortured franchise unfortunately shares with the Buffalo Bills the dubious distinction of most Super Bowl appearances without a single victory. I simply smirked back. Now clearly it’s unfair to project this Seattle fan’s lack of understanding of NFL history to all fans of Seattle sports. It is equally unjust to extrapolate this tiny interaction into a depiction of an entire city’s mental complexity. But it remains that this individual that calls Seattle home loved his team so much that he couldn’t give credit elsewhere where it was due.

The second factual snippet is an incident that my large family has now repeated on numerous occasions, lest my future brother-in-law forget. Now I was not present during this infamous car ride, so you should know that this is a collaboration of accounts from my wonderful brother-in-law-to-be, my sister (the fiancé), and two of my brothers. You should also be aware that the future brother-in-law in no way contradicts any portion of this story. Oh, and he grew up in Southern Washington. While on a short four-hour roadtrip through the Great Midwest, this Northwesterner soon to be adding 5 brothers to his list of siblings stared out the car window at the scenery passing by and issued the following confounded remarks (and clearly I take artistic liberty on the phrasing), “Who planted these trees? Who would ever plant trees in such a scattered manner? I mean, there’s no cohesiveness to any grove of tree we pass! The forests in Washington are so much better.” Ummmm…huh? The groves of trees aren’t cohesive? Wow. I get it, the forests in the Northwest are pristinely green, but somehow they’re more orderly than what the Midwest has to offer? Again, Seattle is amazing, but somehow this means nothing else can be?

Maybe it is unfair to use these two stories to illustrate the mindset I see in many Seattleites. Maybe, as I am constantly reminded by my dear friends from the Northwest, I am simply jealous that Minnesota has nothing to offer nearly as wonderful as anything from Seattle. (Sarcasm font needed). Maybe my theory of this complex Washington ethos is entirely inaccurate. I can admit that I am constantly wrong. (And if I can’t admit it, my wife can). However, I have an inkling there may be a small truth to my words, however ineptly derived.

She Says: Every Day Is A Bad Hair Day in St. Paul

I hear you are now calling yourself the most livable city in America. Congratulations on your self-proclaimed title; although my hair disagrees.

Since the day I first saw you in all your bitter-below-zero-manically-insane ice storm glory (or what your residents refer to as winter), I knew we were going to clash. A hair snob like yours truly never appreciates weather that messes with her mop. And when those icicles quickly formed at the crown of my still-damp-from-the-shower-hair the moment I walked outside that December, my worst fears were confirmed.

You see, St. Paul, for someone who lives and breathes her CHI and will never venture out of the house without a sleek application of Philip B.’s Anti-Frizz Formula 57 Smoothing Shine Drops (ladies and gentlemen with Cher hair circa 1989 in her “If I Could Turn Back Time” video can buy it here), the environment you provide is not conducive for those with curly hair – or any hair for that matter.

What about whilst inside, you argue? Still problematic seeing that the static which rears its ugly head during your winter months is no better. In fact, more often than not, your static seems to strike at the most inappropriate times – during a dinner date, in the nose bleed seats of the Metrodome during a Vikings game, and just about any time someone looks at me (no need to wonder … it happens often). A day or two of this may not normally be a problem, but the long term affects render more harmful than a minute unmasked at Chernobyl. Yes, St. Paul, you guessed it – split ends.

Winters aren’t enough of an excuse? Cue the summer. Preferably July and August when your humidity levels approach 100%. It’s during these times that even the most virgin of wiry curls emerge as your vapors triumphantly cheer at popping the cherry of yet another formerly tamed tress.  Let’s forget about even trying to air dry wet hair or try a blow dry and flat iron and expect it to stay frizz free after the scalp sweat gets to it.

For these reasons, St. Paul, I deem you one of the most un­­-livable cities in America. So shallow, you might say, for a person to miss out on the endless opportunities that come with inhabiting the land of 10,000 lakes. Perhaps. But knowing that another city, another state, another U.S. region, will better care for my mane is justification enough.