You Make Me Sick

Posted on February 5, 2011 by burisonthecouch | 3 comments 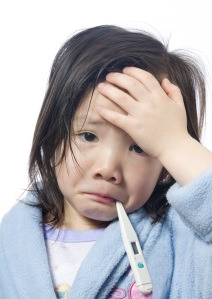 Everyone handles sickness in their own ways. Some people lock themselves in a room until they feel better. Others mope around and make sure the world knows they don’t feel well. Others still pretend they’re fine when clearly they are under the weather. We all have our own ways to deal with being sick. Both of us got most likely get our ways from our parents. END_OF_DOCUMENT_TOKEN_TO_BE_REPLACED

We were as shocked as anyone when the Swine Flu got as out of hand as it did. Initially thinking the media was sensationalizing the outbreak, we couldn’t have cared less about the spread – until the mister himself got it. Don’t worry, he lived.

He Says : This Little Piggy

If you guessed that these are headlines taken from the apocalyptic thrillers 28 Days Later, V for Vendetta, Dawn of the Dead, I Am Legend, and The Day After Tomorrow, you are absolutely wrong. They are all recent headlines from major news publications. I’m sure you have forgotten already, but we recently had a terrible epidemic. The world as we knew it was ending. Every country was going to close its borders forever in fear of proliferation of the terrible Swine Flu.  I know, I know. You’re as tired of hearing about the Swine Flu as you are about Michael Jackson. “Not another Swine Flu commentary!” That’s what you’re thinking right now. I know it. And I promise, I won’t mention Swine Flu anymore.

H1N1 virus. Those headlines above all refer to the H1N1 virus. I know you have moved on from that terror, but I have not forgotten. I will never forget. You see, I was stricken with this terrible virus and I have never been so sick in my life. Granted, I have not lived very long and I have not experienced severe illness in my short time on this planet. However, I have had food poisoning three times—once from shrimp left out on a wedding buffet table, once from the drinking the water in Franz Josef Glacier, New Zealand, and once from eating the Orange Chicken at the Freddy’s on Ida and Lombard in Portland—and if any of you have had food poisoning, it’s not really that fun. Let me tell you, though, food poisoning was a walk in the park comparatively.

H1N1 hit me hard about a month ago. I went from feeling near 100% one day, to a hallucination-filled fever the next. (Believe me, not the hallucinations you might hope for). My temperature hovered near 105° for over 35 hours. You read that right- nearly 105 degrees! To give you an idea of how awful I felt, after being quarantined in a bedroom for almost two days, I came downstairs and told my wife, “Honey, I feel great. Let’s go for a walk.” She took one look at me and thought better of it. She took my temperature and, after a 103.2° reading, she insisted I go back to bed. The thing is, I really did feel good. With a 103.2° temp, I was experiencing relief.  For two days there was so much pressure in my head that I honestly thought fluids were being pushed out of my eyes and ears. I’m not trying to gross anyone out, it’s just the simple truth. For two days, each bite of food I took felt as if every muscle and joint in my body were being simultaneously stabbed with thousands of pins. And that was just the two worst days. That’s not even explaining the third day when my wife and I walked 50 yards and I was out of breath. Or the near fainting when I stood up on the fourth day. Or the ensuing upper respiratory infection from my weakened immune system the following weeks.

I know, most of you are thinking I’m exaggerating because, well, I do that. But I’m not. It was miserable. Here is a text I sent to a good friend after I was out of the worst of it, verbatim:

“Think of the worst sick you’ve ever been, add to that the worst hangover ever, and multiply by 100. I understand euthanasia now.”

Well, you will all be glad to know I feel great now. And even if you aren’t glad to know it, that knowledge is still vexatiously crowding the RRP of your neurotransmitter vesicles at presynaptic terminals. Unless, of course, you have anterograde amnesia. Obvi. I’ll continue to clog up your short term memory with this information—I have five siblings. Of the six of us, three have been bedridden with the likes of Trench Mouth, Blepheratis (read Blufferitis), and Swine Flu. (So I lied, I mentioned it one more time). You read those right, and, no, I didn’t make up any of those names. I didn’t know they existed either, but apparently they do. The other three siblings better look out. If Long Nosed Ear Infection, Inconsiderate Armitis or Swamp Crotch exist, you will be afflicted. You can count on it.

It’s cliché, but you never count your health as a blessing until you lose it. (Did you ever notice the irony in how cliché it is to say it’s cliché)? For everyone out there experiencing a much more severe illness then H1N1, or that have a friend or family member seriously ill, you have my deepest sympathy and prayers. Health is a beautiful gift that we often take for granted, much like friends or family. Count the blessings you have, they’re more abundant than you think.

Let me leave you with this, lest you become grief-stricken by my recent suffering, which I am sure you all are. One of my ever-caring brothers told me amidst my H1N1 affliction, “Bummer, sorry you got that. But I am excited to tell my kids that their uncle was affected by the great pandemic of 2009.” So, I got that going for me…which is nice.

She Says: Swine Flu, Schmine Flu – Until It Hits You

Three months ago, we left ground zero – Mexico that is – and got back to the U.S.  to be met by parents concerned we were hit by the Swine Flu. We had no clue what the hell they were talking about until we turned on the news.

Sure enough, there was a fantastic shot of the most obnoxious people in the world, Heidi Montag and Spencer Pratt, sporting barely there masks while on the beaches of Mexico (hint, hint Speidi … normally you wear the masks a bit tighter, but lets keep that advice private in the hopes you both get it for life and never return to the public eye).

Funny, the news in Mexico didn’t start publicizing the outbreak until weeks after we left. No patrons enjoying the buffet at The Dreams Resort had a problem handling food without gloves.  No one at the bar seemed to care the bartender merely rinsed glasses after a use to fill it with another drink and pass it on to the next person. And certainly, no one needed to think twice about donning a mask to the airport on their way home.

Somehow, we ended up in the clear and even encouraged friends to keep their scheduled vacations to Mexico joking, “Swine Flu, Schmine Flu, you only live once!”

Thankfully, underplaying the seriousness of the illness to friends and family didn’t end in disaster for them. Just for a husband, my husband, who somehow contracted it at the beginning of June, months after we left the very place where the breakout supposedly began. Perhaps it was karma coming back to bite us in the ass – or my husband in the head, lungs, stomach, and back. Or perhaps it’s because we live in Salt Lake where it always feels like terrible weather, disease, and trouble sneak up over the mountains and get trapped in our great, nasty valley.

Regardless of where it came from, it certainly came hard and fast in a way that no other sickness I’ve seen does. Two days out of commission and quarantined in the master bedroom with no signs of getting better, it was then we decided to take said husband to the emergency room. Within minutes of a rapid flu test (P.S. who invented the rapid flu test? Obviously someone that enjoys getting large apparatuses shoved into small holes), a nurse announced a positive result for H1N1. Lucky for us, the candid doc exclaims, “It’s fine, I don’t think you’ll die from this.” Thanks buddy.

After a swift dose of TamiFlu, the household was back on its feet and ready for the next crazy week of whatever was ahead. Now it’s just a matter of getting that Rupert Grint back to business … what would we ever do without Ron Weasley?